The hosting costs of websites on this system have historically been covered by advertising. However changes in the way people use the internet, including ad-blocking mean that the revenues no longer cover the expenses. For this reason we will be closing this website within the next two months unless we can find a different model. If any users of the site would be interested in the possibility of taking this incredible archive or pictures and comments over including paying for hosting, please get in touch.
We use cookies to track visitor statistics and personalise adverts. This info is shared with Google. Only use the site if you agree to this. OK, I agree 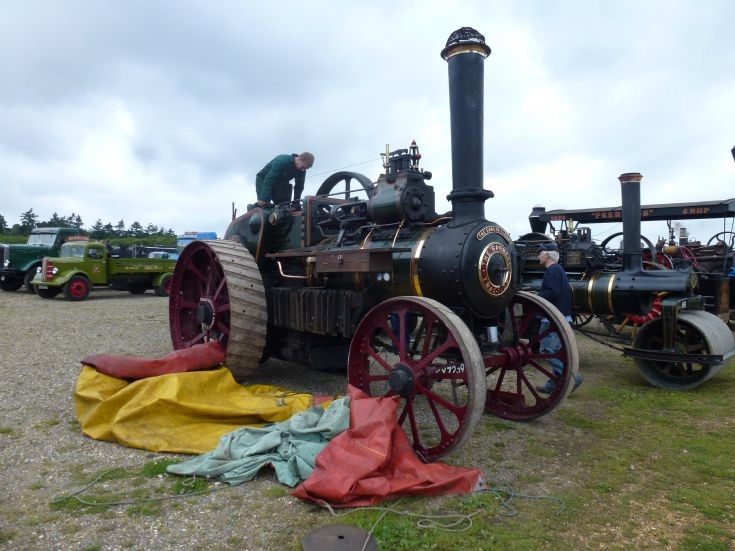 The Earl of Eldon is a 1910 Garrett 7 hp General purpose engine.
Supplied new to the Ensome Estate near Corfe Castle it was used for haulage, wood sawing and threshing until the end of WW2.
In 1947 it was bought by Seth Loader and driven down a very steep hill by a young Loader to its new home. It is still in the Loader family and they take it to many shows.
Works number 28758 reg number FX 7239.
This is the first of about 40 or so both full size and miniature Steam Traction engines at the show..
Picture added on 30 June 2012 at 14:32
This picture is in the following groups
Bournemouth & Poole Steam & Vehicle Show, United Kingdom
add commentComments:
This engine was driven by my grandfather from new until 1947 when sold to mark loder. also they took posetion of the saw bench with rail track that engine powered at encombe. I saw the earl at the berwick St john fair. david loder took photos of me my son and his son with the earl. they will go into the family album.

Added by Peter Lardner. Oakwoodlardie@yahoo.co.uk on 21 September 2016.
I have 2 photographs of this engine. I tried to upload them but nothing seems to have happened. My Dad restored it in the early 60s (or it may have been the late 50s.